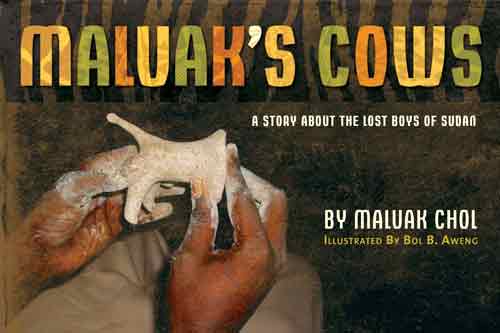 Maluak's Cows is a book about the journey of the Lost Boys of Sudan. It is written by Maluak Chol, and Illustrated by Bol B. Aweng.

Maluak's Cows is available for $15 plus shipping. Scroll down to see a preview and ordering information.