Staying in Piol and Visiting the Clinic Posted February 24, 2018

On Tuesday February 20, Steve, Bol, Jok, and Bol’s father attended a community meeting in the village. Many items were discussed at this meeting, attended by 300 people from the village.

Yesterday Amar, the nurse midwife, delivered a healthy baby boy, 5 pounds, 2 ounces. Steve was in the village at the time of the birth and saw him immediately after he was born. He also reported that there were eight mothers who came in for a pregnancy exam.

The twins, who were born in six months ago, returned to the village. Steve had an opportunity to not only meet them, but their mother and father as well. Both babies are thriving.

Steve said Piol was cooler during this visit compared to eight years ago….. 110° compared to 120°.

A Message from Steve:

These mothers are six of the 30 that came to the Buckeye Clinic the
week we were there. Many are walking over four hours, up to nine
miles, to have their babies vaccinated. What a blessing to have these
services available in the area.

Our five days in the village were something that is hard to put into
words. I have asked Bol and Jok to write about what impacted them the
most about our time in the village. I will publish that when it
is done. I want to then send this also to our donors so they know the
impact on the two young men who started this effort, and the
implementation of what seemed like an impossible dream and goal. We
saw the clinic in full operation and felt the communities response to
receiving these medical services and the food. 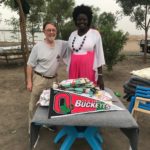 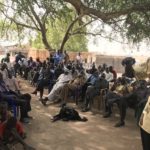 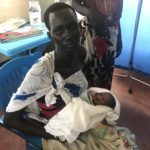 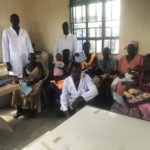 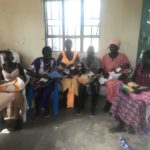 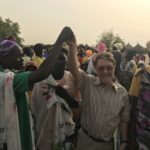