May Food Delivery and Tree Planting Posted May 15, 2016

In May, 26,290 pounds of rice, beans, corn flour, salt, sugar, and cooking oil was distributed to almost 7,000 people.  Because of the food deliveries at the Buckeye Clinic, it is estimated that 65% of the people who fled the area during the two-year civil war have returned.  The availability of bi-monthly food distributions from the Buckeye Clinic every two months since Aril 2014 has enabled people to confidently return home from the swamp areas near, and the islands in the middle of, the Nile River.  Additional food was pre-positioned in May to last the worst three months of the rainy season, when the roads would be impassable to truck transport. 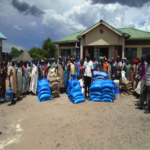 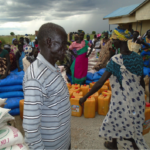 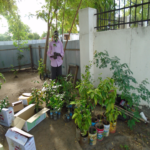 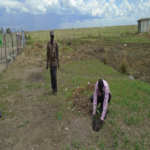