The conflict that started last December in South Sudan created an all too familiar situation.  Just as Jok Dau and Bol Aweng fled their village in 1987, their families fled the village again to avoid being killed by armed rebels.  Two months later Bol learned that his family had survived and were living in the swampy area near the Nile River.  They had no shelter or sanitation, little food, and no medical care, similar to when he walked 600 miles to Ethiopia.  They were surviving on the fish they could catch and on the roots of the lily pads made into an edible paste.    In February, we learned that the Buckeye Health Clinic had not been damaged or looted by the rebels, like other health facilities, but was running low on medicine and supplies.  Because most people had left the village, staff were vaccinating children and treating those with malaria, and those who were becoming sick from drinking the river water as an outreach program to locations where people were hiding.  No international aide was reaching the area.

It was quickly determined that the most critical need was food.  Therefore the Buckeye Health Clinic focused its fundraising efforts on food deliveries.  Over $16,000 was raised through July, and almost 18,000 pounds of food (sorghum, beans, cooking oil, salt, and sugar) and mosquito nets have been delivered to Piol.  Over 300 families (approximately 1,500 people) have been served.  (see the photos and video of the first two distributions of the food in Piol).  100% of the funds received have been used for purchase and delivery of food.  There are no administrative costs.  The last shipment needed to go by boat because the roads were impassable.  The availability of food encouraged many families to return to their family compounds, and plant their crops before the rainy season.  This will help avoid the famine that the United Nations is predicting for over three million people in South Sudan.

The Buckeye Health Clinic plans to continue to deliver food in the coming months, but we need your help.  Help us raise $20,000 in the next to months by clicking on  Donate Now, or by sending a check to Scioto Ridge United Methodist Church/South Sudan Clinic, 4343 Dublin Road, Hilliard, Ohio 43026. 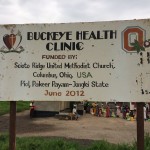 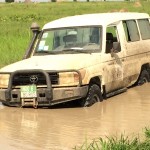 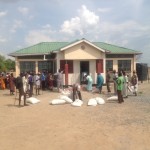 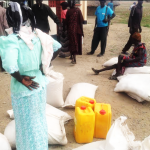 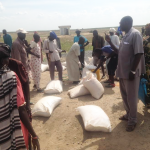 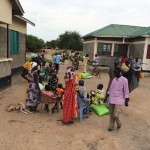 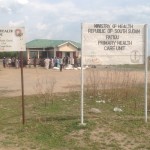 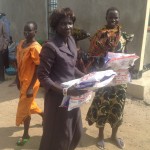 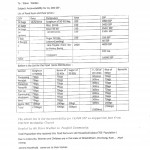